At PhRMA, we have the honor of highlighting the hope that America’s biopharmaceutical companies bring to patients in the form of innovative treatments and cures. But beyond the value that medicines deliver to patients is the profound impact a strong biopharmaceutical sector has on our local, state and national economies.

The economic impact of the biopharmaceutical sector is detailed in a new report that was prepared for PhRMA by TEConomy Partners, LLC and which highlights how the discovery, development and delivery of innovative medicines translate into high-wage jobs, substantial tax revenue and growing economic output in our local communities. 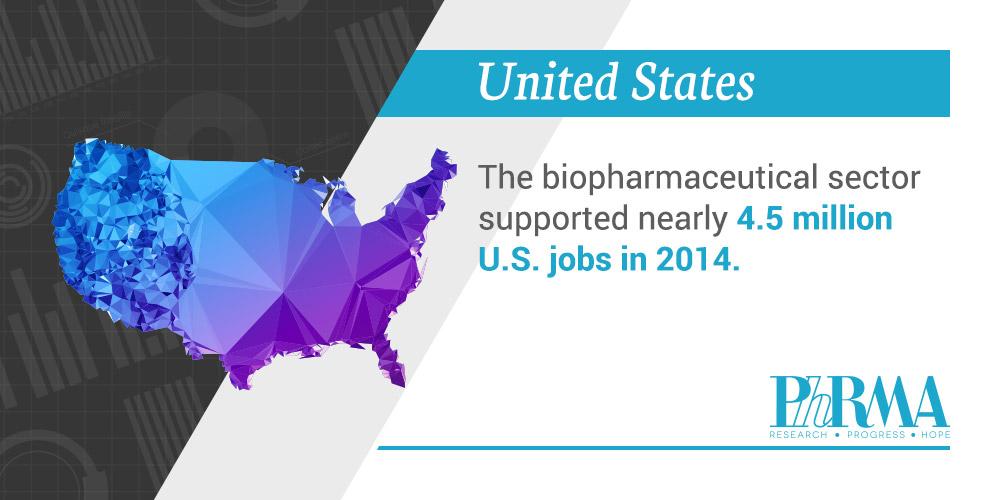 The biopharmaceutical sector in the United States spurs economic activity and generates jobs across a whole range of sectors, from vendors and suppliers to the economic activity of its workforce. These benefits are felt far beyond individual biopharmaceutical companies. They are built upon a robust foundation of innovation-led U.S. companies that sustain a diverse and large-scale supply chain for the development, production and distribution of treatments and cures to patients.

Key findings from this examination of the broad biopharmaceutical value chain include the following:

At a time when the economic competitiveness of our nation is recognized to be strongly rooted in our capacity to advance innovation-based industries, this report underscores the critical need to support policies that continue to encourage the significant research and development investments made by U.S. biopharmaceutical companies.

From the biopharmaceutical scientists working in labs to the employees on the front lines of manufacturing and distribution, each and every biopharmaceutical sector worker is instrumental in bringing new medicines to patients, strengthening the U.S. economy and maintaining our competitiveness in the global marketplace.

Learn more about the economic impact in the United States and in all 50 states plus the District of Columbia, and check out the full report with detailed findings and methodology.